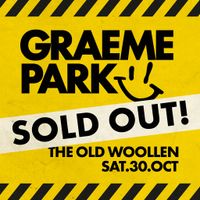 The story of DJ Graeme Park really mirrors the story of the evolution of dance music and club culture itself. Graeme Park's reputation as a house pioneer soon brought him to the attention of The Haçienda in Manchester, who asked him to cover for Mike Pickering while he went on holiday in 1988. Simply put, there was no-one else in the country who could do the job.

The Summer of Love followed and Parky quickly became one of the biggest names on the emerging dance scene. Aside from his nine year residency at The Haç, he was one of the first British DJs to play places like Australia, South America, the USA, Asia and beyond; as well as producing and remixing tracks for the dancefloor, including The Brand New Heavies, Inner City, Eric B & Rakim, New Order and Sophie Ellis-Bextor.