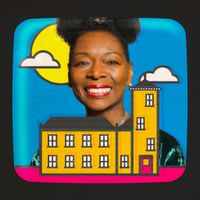 An Evening with Baroness Floella Benjamin

Floella Benjamin was the little girl from the Caribbean who became a British household name, and along the way received some of the highest accolades around – including a BAFTA Special Lifetime Achievement Award and a Damehood – and became a Peer in the House of Lords. A natural storyteller, What Are You Doing Here? is her incredibly moving and honest account of her remarkable life and her refusal to be defined by others.

Born in Trinidad, she came to England in 1960 with her family as part of the Windrush generation. She was shocked to find a cold and unwelcoming Britain, her first and by no means her last experience of racism. Benjamin quickly realized that if she was going to survive, she had to learn how to live in two cultures. Forced to leave school at sixteen, she resolved to become Britain’s first Black woman bank manager, but a successful audition for a national musical put her on the path to a decades-spanning career in entertainment.

This is a moving, powerful autobiography from an inspirational woman, one of the Windrush generation who became a member of the House of Lords.

In association with Truman Books.